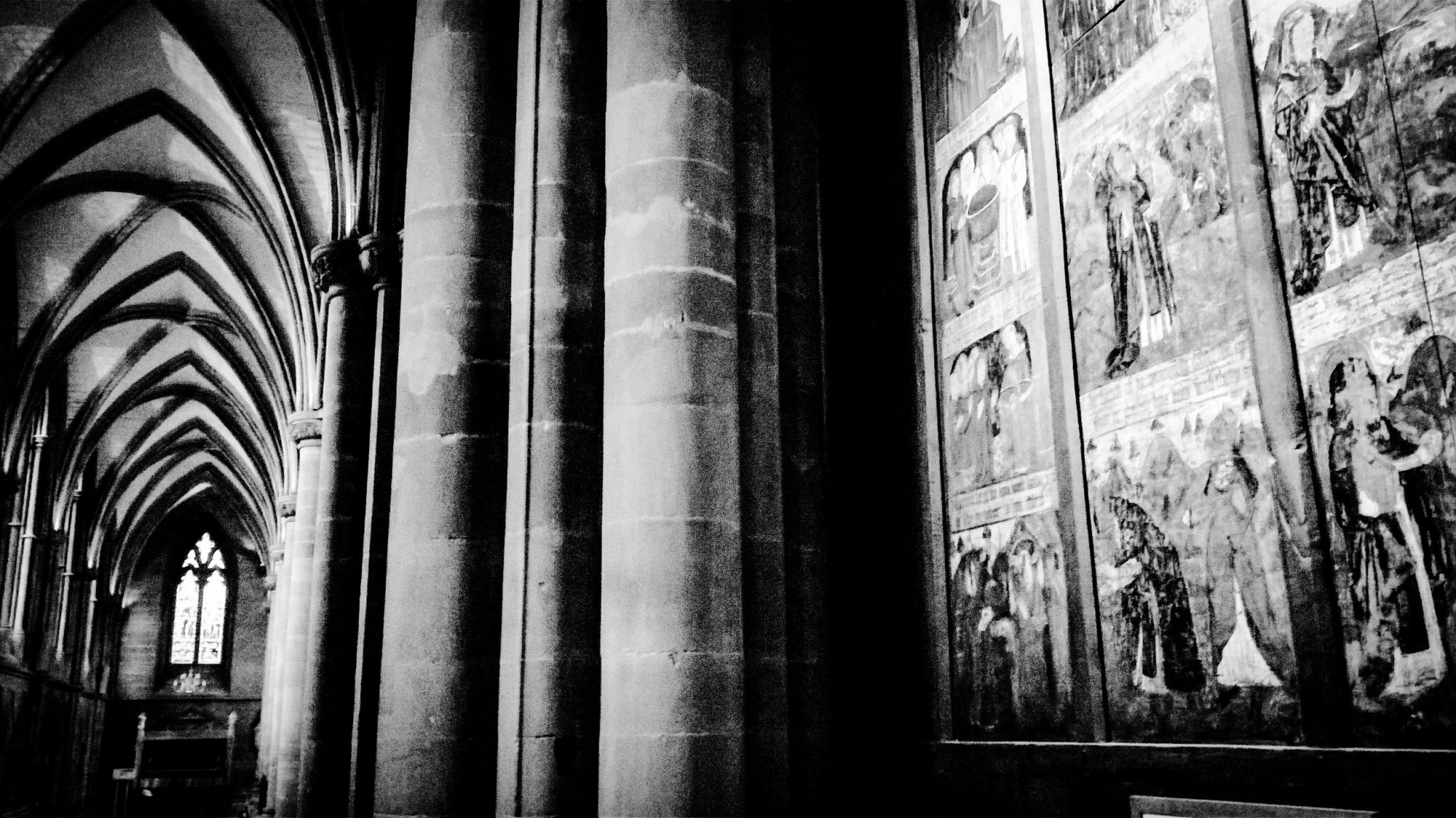 Carlisle Cathedral is the second smallest of England's ancient cathedrals and has a long and turbulent history. It started life as a Norman Priory Church in 1122, becoming a cathedral in 1133. Notable features include figurative stone carving, a set of medieval choir stalls and the largest window in the 'flowing decorated Gothic' style in England.

The Cathedral lies within the Abbey precinct, a gated area off Castle Street. The precinct also encompasses the Fratry (or refectory) with its stunning new extension. Other notable buildings include the Deanery, the Prior’s Tower, Bishop Smith’s Registry and the Canons’ houses. The Gatehouse leading to Abbey Street dates from 1528.

The institution now known as Carlisle Cathedral came to life in 1122, during the reign of King Henry I, as a community of Canons Regular. Initially it was a monastic church, built possibly on the foundations of an earlier church, in the Norman architectural style – ie. with solid masonry, large round piers, round arches and smallish round-headed windows.

These features may still be seen in the south transept and the remaining two bays of the nave, which are now used as the Chapel of the Duke of Lancaster’s Regiment. Many large churches of Augustinian foundation were built in England during this period as the Archbishop of Canterbury, William de Corbeil, was a member of the order. Carlisle was the only Augustinian Priory that also served as a Cathedral before the Reformation.

The Canons followed a strict form of the canonical life, influenced by the ascetic practices of the Cistercians. Moderation in all things but strong sense of fraternity and community – values that endure within the Chapter to this day. 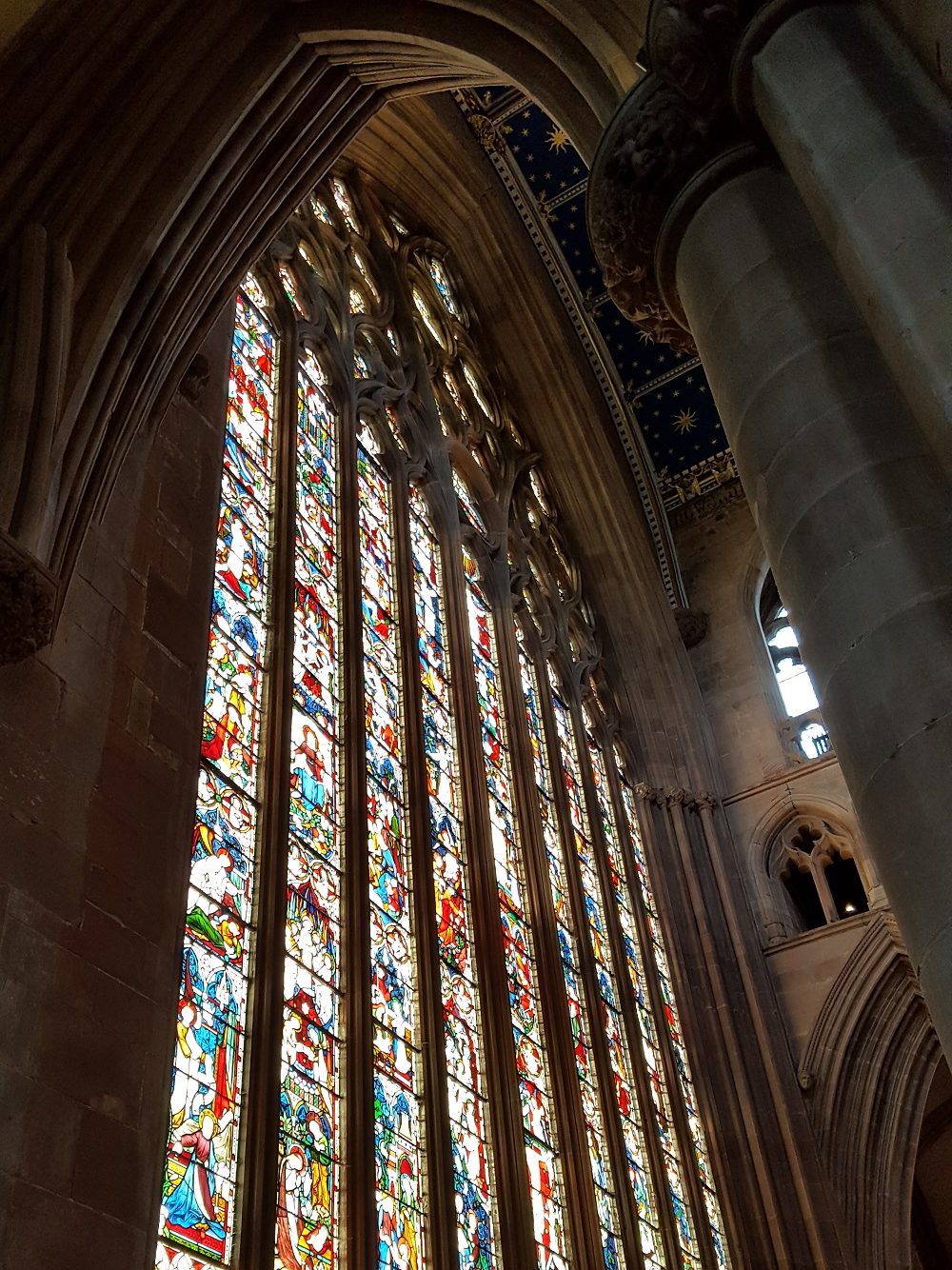 In 1133, Henry I formed the Diocese of which Carlisle was the centre. The area, close to the Scottish border, was unruly and the King wished to impose his authority. A Cathedral was a perfect symbol of that authority.  Over the intervening 900 years Carlisle’s cathedral has seen dramatic changes in the life of the nation, reflecting the turbulent history of the Borderlands.  Thankfully the cathedral is more peaceful nowadays and this house of God continues to serve its original purpose. 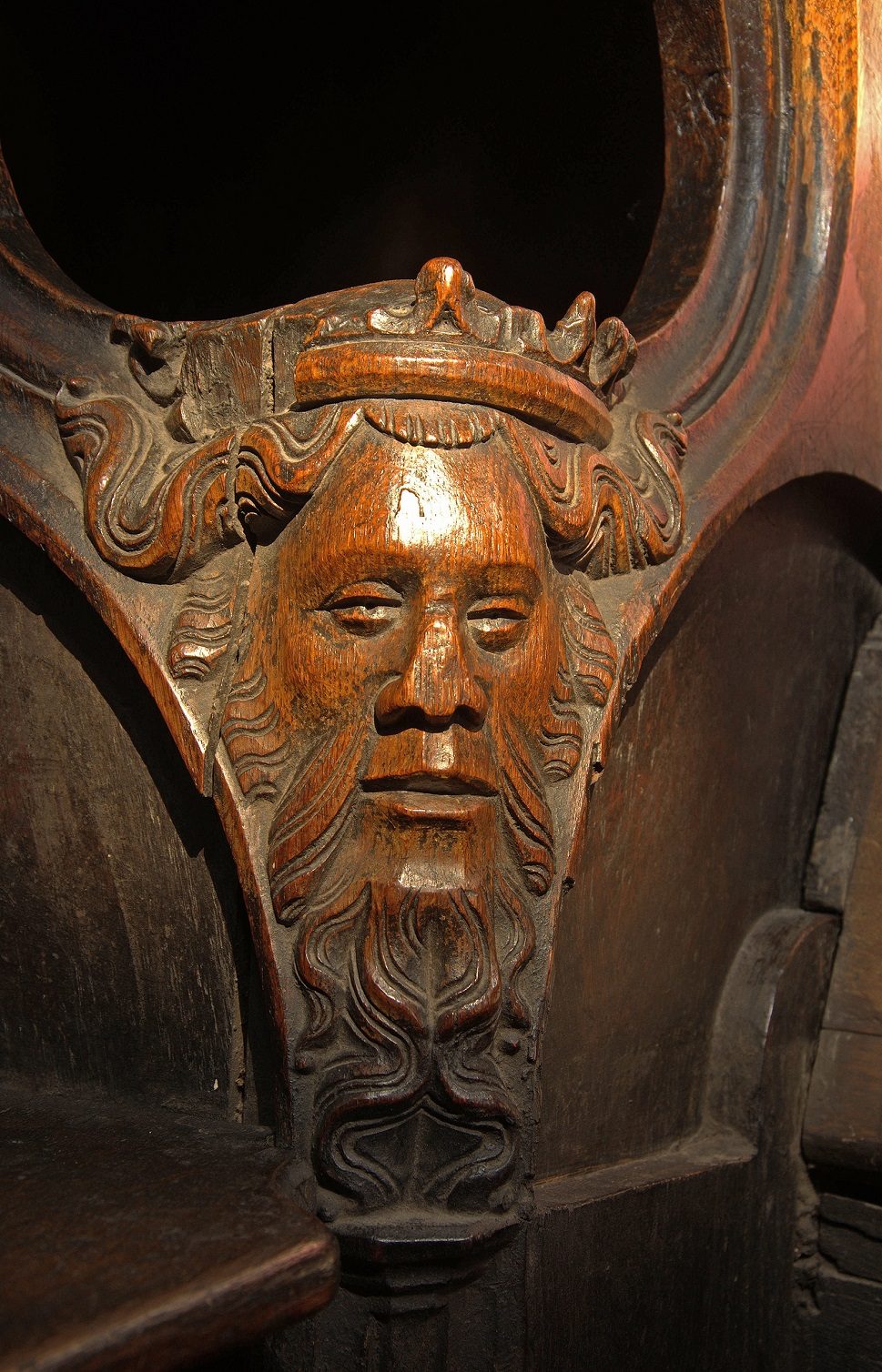 In 1233, the cathedral priory community were joined by two friaries – a Dominican friary and a Franciscan friary were founded close to the cathedral. The building was refurbished in the 13th and 14th centuries, receiving impetus from the presence of the court of Edward I who held his parliament in Carlisle and lived and worshipped at the cathedral, shortly before his death at Burgh-by-Sands. In the 13th century, the choir of the cathedral was rebuilt in the Gothic style, wider than the original and on a different axis. However, the new work was severely damaged in a city-wide fire in 1292, (caused by a young man called Simon of Orton, who disgruntled over his inheritance) and work had to begin again. By 1322, the arcades and the easternmost bay were complete, with the elaborate tracery and glass of the east window being in place by about 1350.

In the 15th and early 16th centuries, the monastic buildings were renewed. With the Dissolution of the Monasteries from 1536, and the establishment by Henry VIII of the Church of England, the Dominican and Franciscan friaries were dissolved and Carlisle, along with the other monastic cathedrals, was run by a secular chapter.  (The practice has continued to this day.) During the English Civil War, a portion of the nave of the cathedral was demolished by the Scottish Presbyterian Army in order to use the stone to reinforce Carlisle Castle. A century later Jacobite prisoners were briefly imprisoned in the nave during the 1745 rebellion.  Between 1853-1870, Carlisle Cathedral was restored by Ewan Christian. In the early 19th century, the cathedral became the subject for a geometric analysis by Robert William Billings.

In 1797, the novelist Sir Walter Scott was married here and in 1949, the cathedral came to house a memorial chapel for the Border Regiment which is based at the Cathedral.

There have been a number of archaeological excavations at Carlisle Cathedral. The first major works begun in late 19th century when part of the Norman cathedral was uncovered under the existing floor. Further work followed in the early part of the 20th century when parts of the cloister and chapter house were found.  In the latter part of the 20th century, a major dig was conducted in the north-west corner of the cathedral, the area subsequently being converted to house the current treasury.

The cathedral Treasury  houses a permanent display of items recovered from the excavations in 1988.  Highlights include the 13th century ‘Carlisle Crucifix’ made from Whitby jet, and coins and artefacts from pre-cathedral times.  The Treasury is open every day and entry is free. Donations are welcome. 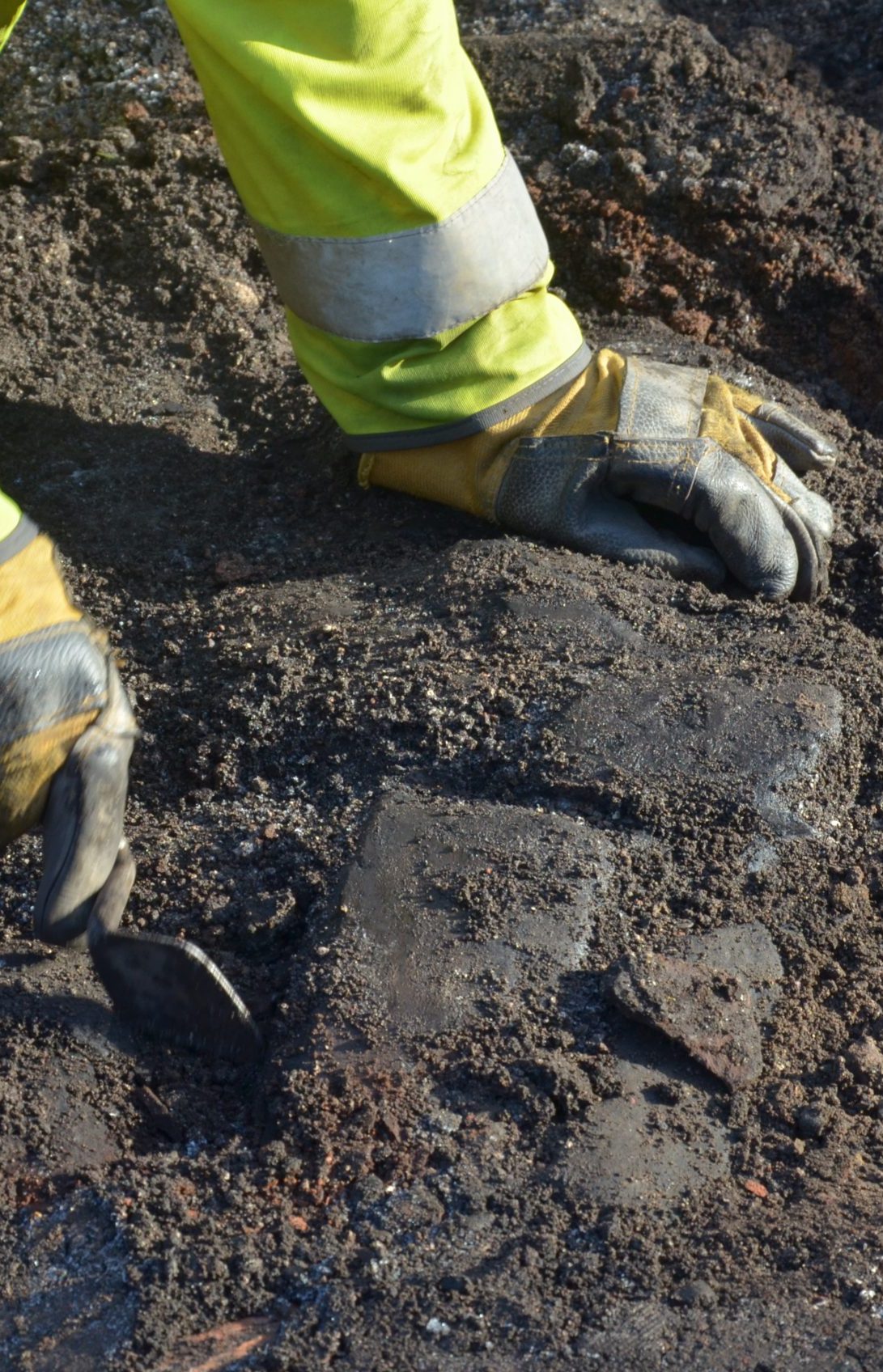 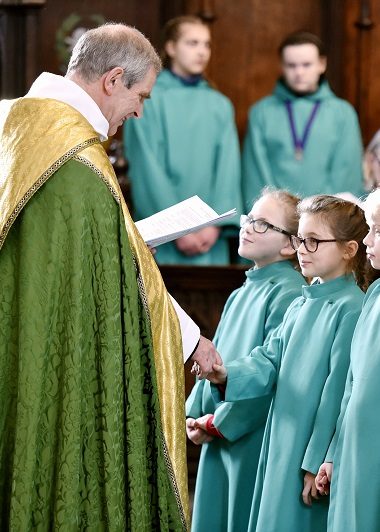 Music and What's on 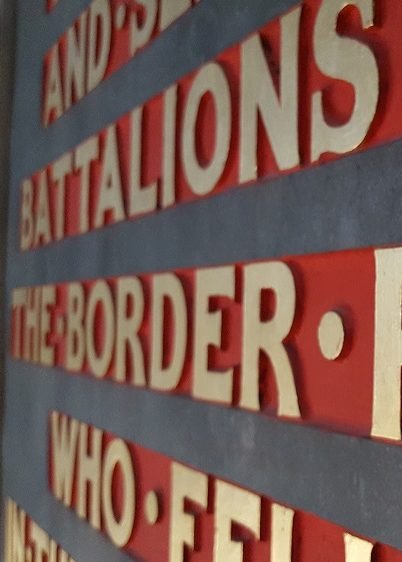 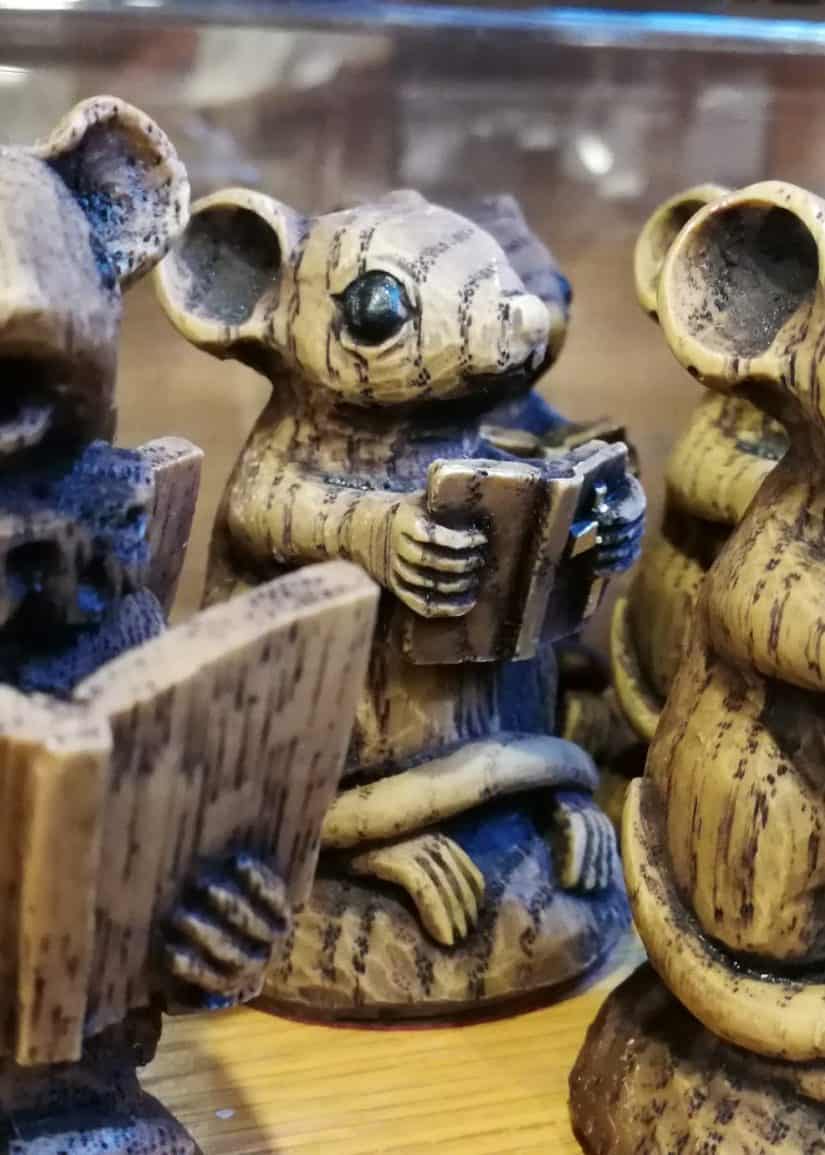 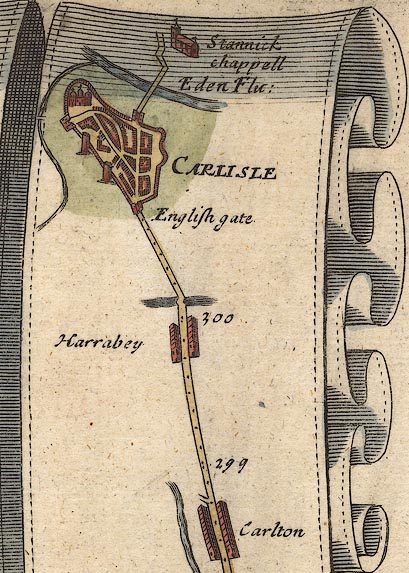